This Vegan Crunchwrap Supreme is stuffed with flavorful lentil meat, black beans, cheese, sour cream, lettuce, and tomatoes and it’s wrapped in a toasted tortilla shell! Slather the crunchwrap in guacamole or salsa for a truly delicious and satisfying 30-minute meal. 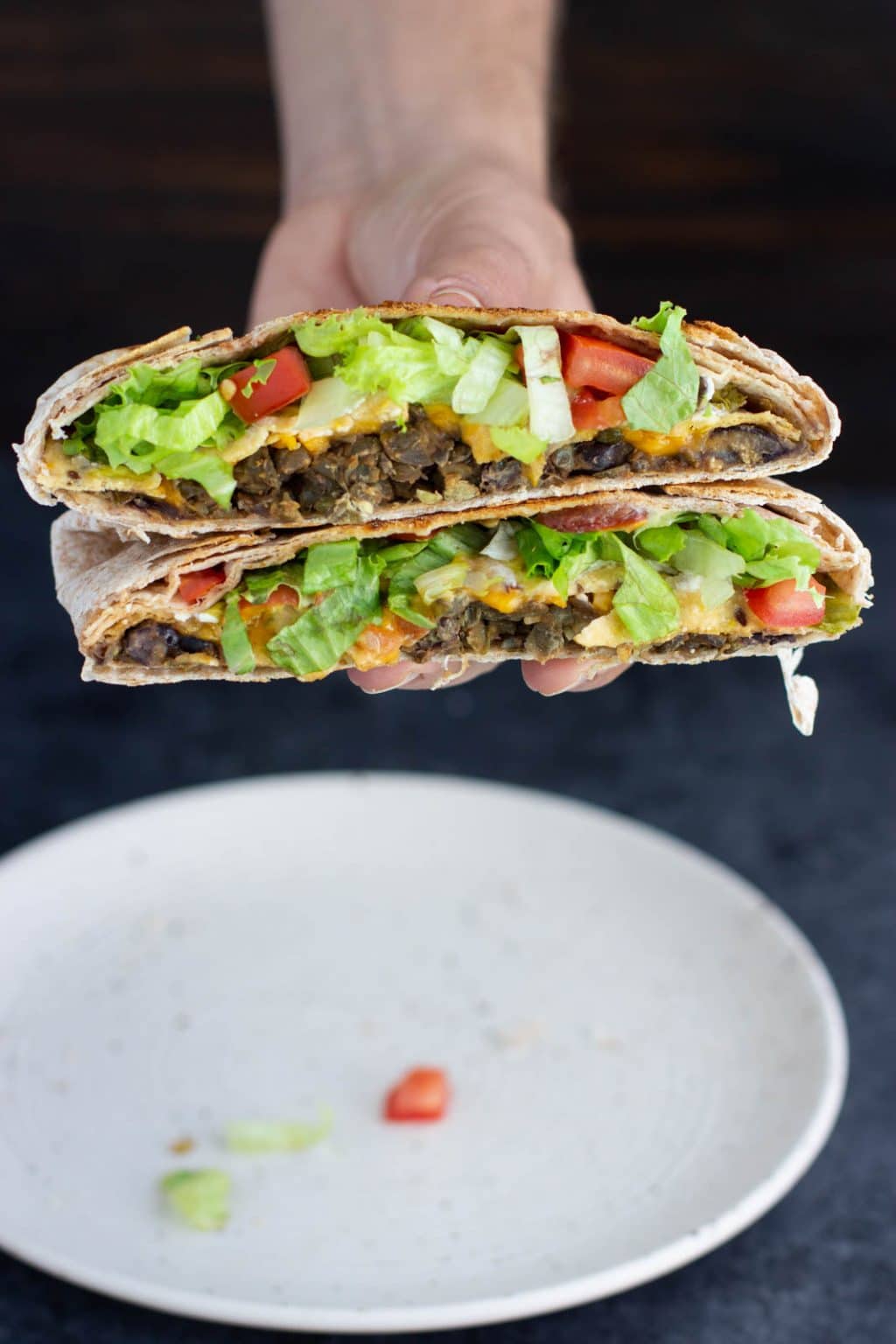 When I was a kid, getting Taco Bell for dinner was a huge treat that we only got to enjoy on special occasions. My order was always the same, one cheesy gordita crunch and one crunchwrap supreme. I’m still working on replicating a cheesy gordita crunch, but I have successfully created a vegan crunchwrap supreme that tastes just as good if not better than anything you could pick up at the drive-thru and it’s easy to make in just 30 minutes!

This hearty vegan crunchwrap supreme is loaded with a meaty lentil and black bean filling, dairy-free cheddar cheese,  dairy-free sour cream, thinly sliced romaine lettuce, and diced tomatoes all tucked into a toasted, crispy shell. Serve with a bowl of guacamole or salsa and enjoy this healthy version of a fast-food favorite in the comfort of your own home!

What’s in the Crunchwrap Supreme?

A crunchwrap supreme from Taco Bell is made with seasoned beef, nacho cheese, lettuce, tomatoes, sour cream, and a tostada. This vegan version is very similar except the beef is replaced with lentils and beans, and the dairy products are replaced with dairy-free ingredients.

Before we get into how to make a vegan crunchwrap supreme, let’s talk about the crunch factor. You have a couple of options that you could use for the crunchy layer.

How to Make A Vegan Crunchwrap Supreme 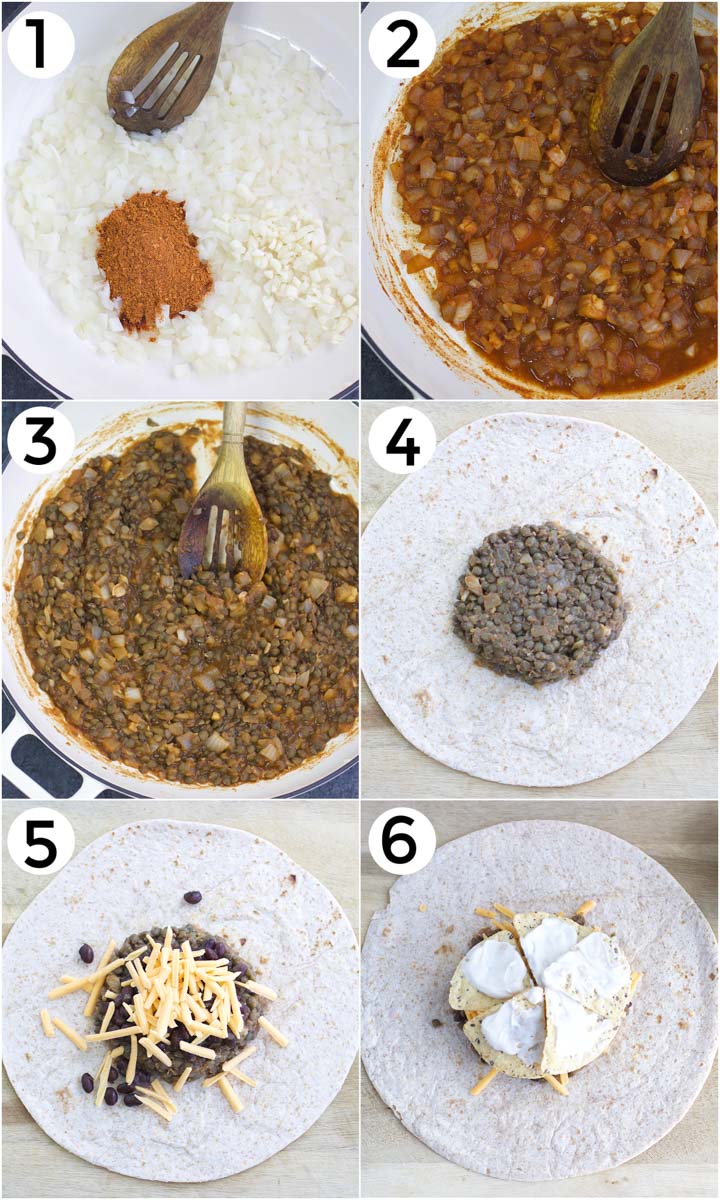 Lay a large tortilla flat on a cutting board and add a scoop of the lentil meat and a spoonful of black beans to the center of the tortilla. Sprinkle shredded cheddar cheese on top of the beans and lentils (Photos 4 & 5). Top with a layer of chips and spread a generous layer of dairy-free sour cream on top of the crunchy layer (Photo 6). Add thinly sliced lettuce and diced tomatoes on top of the sour cream (Photo 7).

Next, put a second large tortilla on the cutting board and place a small bowl upside down in the center of the tortilla shell. Use a sharp knife to carefully trace the bowl and cut out the smaller circle (Photo 8). Place the smaller tortilla shell on top of the lettuce and tomatoes and use your palm to lightly press it down. 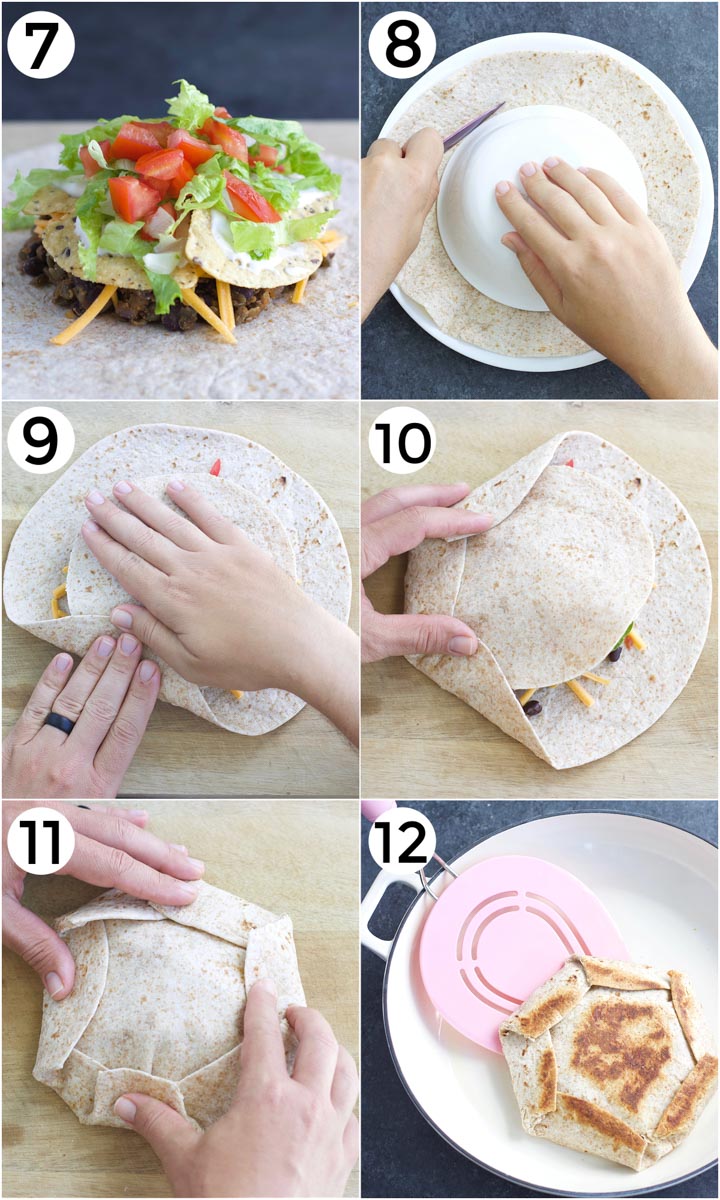 In a large pan, place the crunchwrap folded side down and let it toast for 4-5 minutes or until it has a golden-brown crust. Flip the crunchwrap using a large pancake spatula and saute the other side until golden brown too (Photo 12).

I like to serve the crunchwraps with a small cup filled with either nacho cheese, vegan ranch, guacamole, or cilantro lime salsa for dipping. If you want to make something to go with the wraps, any of the following recipes would make a great side dish.

Store the lentil filling in an airtight container in the fridge and it should stay fresh for 4-5 days. You can prep all of the fresh ingredients 1-2 days in advance and just store them in the fridge so they’re ready to go when you’re ready to eat. It’s best to store all of the ingredients separately and then assemble the vegan crunchwrap fresh when you’re ready to eat. If you build it and then refrigerate it, the sour cream will make the chips soft.

You could also use the leftover lentil filling to make tacos, burritos, taco salad, or mix it into vegan taco pasta salad.

You can prep these vegan crunchwraps and then freeze them for a quick future meal! If you’re making this recipe with the intent to freeze, omit the fresh ingredients (lettuce, tomato, and sour cream) and the tortilla chips/tostada. The fresh ingredients won’t defrost well and the chips will get soggy. After you bake the frozen crunch wraps, you can cut them in half and stuff them with the fresh ingredients and chips if you want to.

To freeze, assemble the wraps with lentils, black beans, and cheese. Place them folded-side down in a single layer on a parchment-lined tray and freeze until solid. Then you can stack them in a large reusable bag separated by a piece of parchment paper for 2-3 months.

You don’t need to defrost the frozen crunchwraps before reheating them. Take them out of the freezer, arrange them on a parchment-lined sheet pan, and then bake them for 15 minutes at 400 degrees. Flip and bake for 10-15 minutes more or until lightly golden brown. You can cut them in half and add lettuce, tomato, and sour cream if you would like. 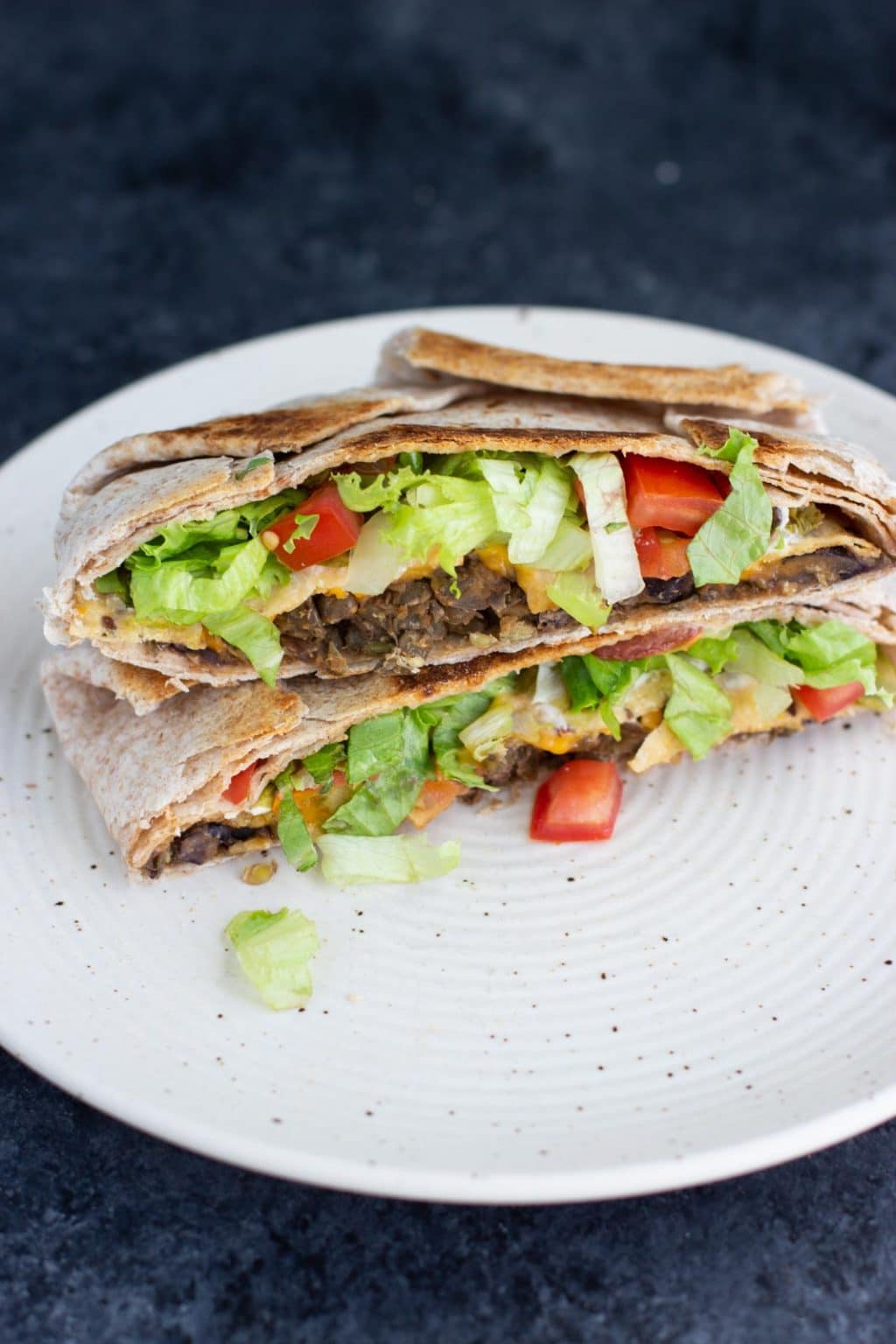 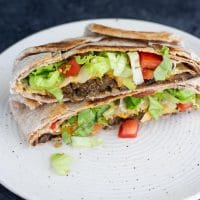 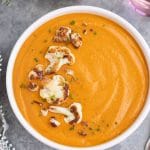 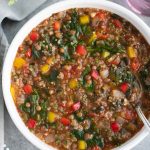 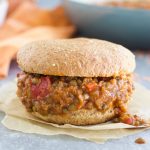 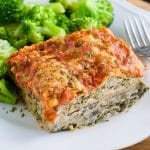